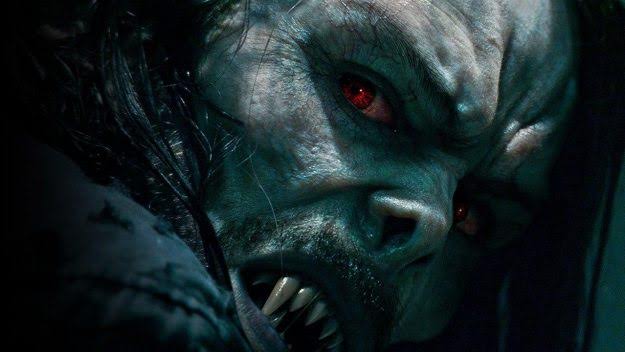 This week saw the long awaited (for some people maybe?) arrival of the Morbius trailer. In it, Jared Leto takes his second stab at bringing a comic book villain to life after his not-so-beloved roll as The Joker in 2016’s Suicide Squad. This is Sony’s second movie featuring a solo take on a supporting Spider-Man character that started with 2018’s Venom. Even though Venom made all the money and then some, Sony is pretty brave to give a Spider-man villain with far less popularity or name-brand recognition than Venom his own movie. However, instead of gambling financial success based solely on the movie’s quality, they’ve opted to throw in a bunch of references and characters from the already successful Marvel Studios Spider-Man movies into the trailer as to ensure butts in seats.

I will be the first to admit that Morbius at the very least looks like it could be a fun time at the theater, and who am I kidding, I’ll be there opening weekend to see how it pans out. Jared Harris’, until the remedy is worse than the disease, line in response to Leto’s how far are we allowed to go? evokes chills and alludes to an intriguing theme that could be fun to explore in this context. The trailer itself is well edited and effective, using Beethoven just feels right for this classical, poetic narrative about a man who inadvertently turns himself into a living vampire while desperately searching for a cure to his crippling disease. And at the end of the day, I’m a sucker for anything from the horror or superhero genre, so this might as well be a delightful mix of chocolate and peanut butter to me.

My one nagging worry is the fact that these movies, weather Kevin Feige and Marvel Studios like it or not, will inevitably be connected to the Marvel Cinematic Universe continuity. We all rejoiced when Marvel Studios made a deal with Sony to make Spider-Man movies set in their Avengers universe, but now we are beginning to see the consequences to that deal with the devil. Since Sony owns the rights to all things associated with Spider-Man on the big screen, they are taking advantage of that ownership by referencing the narrative cliffhanger from last summer’s Spider-Man: Far From Home and bringing back Michael Keaton as The Vulture from Spider-Man: Homecoming. And that’s just in this trailer alone. Who knows how far the actual movie will extend these connections.

Why is this something to worry about? Because for twenty-two movies Marvel Studios created a universe with standards, one with Kevin Feige as lead chef, using his ingredients to evoke a taste and consistency throughout. A beautiful mosaic was created under this authorship. Now, there will be a completely separate studio, not at all in sync with the MCU’s standard of quality, making movies in that same universe, bringing an imbalance to the carefully crafted world established by a team with a better track record for understanding these characters and this world. This is like if the writers room at The Big Bang Theory, through some business means, inherited a few characters from Vince Gilligan and his writing team at Breaking Bad and integrated them into the story of their show. Sure, as a Breaking Bad fan, you could just ignore this inconsistency by choosing not to watch The Big Bang Theory, but the quality and legacy of Vince Gilligan’s hard work and world building would be forever affected.

And make no mistake, this is only the beginning, especially if Morbius is a financial success. By association, this will make Venom, a movie originally made to exist within its own vacuum, connected to the MCU’s continuity, as Morbius will no doubt eventually cross over with that character. Not to mention, Sony is reported to already be mapping out their plans to have Tom Holland’s Spider-Man crossover with Tom Hardy’s Venom. At this rate, how long would it be before Sony holds a gun to Marvel Studios’ Spider-Man privileges in demand of a Venom or Morbius roll in their next developing Spider-Man movie, or even their next big Avengers-level crossover. All of this would not seem as scary of a possibility though if it weren’t for Sony’s track record of shoving characters into their movie’s narratives purely for ancillary reasons. From their forced inclusion of the black suit and Venom in Sam Raimi’s Spider-Man 3 to shoving a bunch of useless subplots into The Amazing Spider-Man 2 in anticipation of building to an eventual Sinister Six spinoff movie. Those decisions were ultimately such a grand turnoff to audiences that Sony had no choice but to request a Marvel Studios bailout to help pull the Spider-Man franchise out of the hole they themselves dug it in.

All said, I’m not wholly against Sony making solo movies for Spider-Man’s supporting cast, I just wish they existed in their own separate continuity. At best, Venom was a silly but fun, B-level, action monster movie. It just doesn’t feel right adding it, along with Morbius, into the MCU canon. Though not highly probable, we can try to keep optimistic that Morbius will end up a solid entry that is worthy enough to stand alongside and add something of substance to the greater MCU. Maybe in this new decade, Sony will turn their past mistakes around and start taking these characters as seriously as Marvel Studios does. After all, they did produce Spider-Man: Into the Spider-Verse, and that movie hit all the right marks in all the right places. You’d just have to ignore the fact that Spider-Verse was brought to life by the remarkably talented writing duo of Phil Lord and Chris Miller, while Morbius’ writing credits go to the duo behind Gods of Egypt and Power Rangers. Gulp. Hold on to your butts.