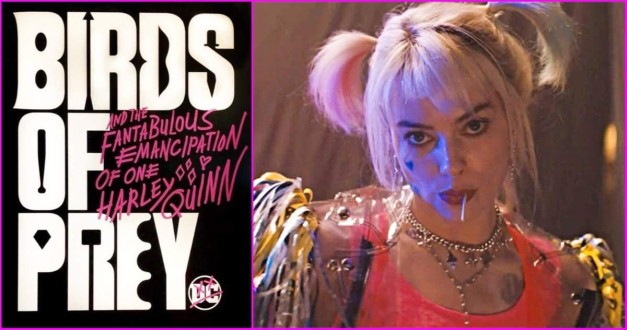 Birds of Prey (and the Fantabulous Emancipation of one Harley Quinn) takes your fondest memories of 2016’s Suicide Squad (Margot Robbie’s Harley Quinn) and ditches the rest, delivering a Looney Tunes-fueled glitter rocket of a movie that reflects the splashy hallucinations of its protagonist.

Freshly dumped by The Joker, Harley Quinn now has to make it all on her own in the mean streets of Gotham City, devoid of the guidance from her former lover who defined her identity. It’s the “woman finds herself after devastating breakup” premise meets superhero fantasy. How Harley Got Her Groove Back. But in this feminist spin, instead of finding a more suiting man, she’s challenged to discover her independence alongside some new ass-kicking lady friends.

The schizophrenic plot revolves around a McGuffin diamond sought out by psychopathic gangster, Roman Sionis (Ewan McGregor). When the prized gemstone winds up in the hands of a young pick-pocketing thief (Ella Jay Basco), mayhem cuts loose on the streets of Gotham as Harley fatefully finds herself between Roman and the kid. The non-linear story structure as Harley herself recounts events may come off as a jumbled turnoff to some but I found it apt for a story told from the perspective of an unbalanced mind. Spending time inside Harley’s delusional psyche is a gaudy treat as it becomes quickly apparent that the narcissistic, unreliable narrator is strong with this one.

And Margot’s Harley is so damn entrancing you can’t help but brush off her sociopathic tendencies the same way she so naively does. Margot’s at a highpoint in her career and can seem to do no wrong, owning the image of a beloved comic book character as a mere side project to her more academy-centric endeavors. Rosie Perez enters the nest as Renee Montoya, a gifted detective held back in her career by the credit stealing men she works under, delivering a solid, par for the course performance. Jurnee Smollett-Bell makes her jump from small screen to big as famed DC comics heroine, Dinah Lance, aka “Black Canary.” Her jaded, over-this-shit attitude accommodates even though the script provides little more than typical reluctant hero fare. Despite her limited screen presence, Mary Elizabeth Winstead’s hard-ass portrayal of Helena Bertinelli, aka “Huntress” makes out as most memorable of the supporting Birds, impeccably balancing the tragedy, humor and grit her character calls for. Unfortunately, Ella Jay Basco as adolescent thief Cassandra Cain is the least memorable of the cast. Given that a large chunk of the story hinges on shared chemistry between her and Harley, Basco’s monotone, shruggie demeanor adds little to what should be a defining relationship.

Overall, the true scene-stealer here is Ewan McGregor as the villainous Black Mask. McGregor has a playfully good time with his part, manifesting a one-dimensional, crazed bad guy into one of his most committed performances in years. He’s hilariously over the top one moment and a delicate time bomb the next, demanding the attention of everyone in the room, and the audience. A blast to watch. During a gruesome face-carving revenge scene, he offers one of his victims a chance to live, only to change his mind over a “snot bubble”. A callous moment turned ludicrous that earns a laugh thanks to McGregor’s delivery. Also, an honorable mention must go to McGregor’s right-hand-man, Victor Zsasz, played by Chris Messina with perverse magnetism. A welcomed bonus to Black Mask’s threat.

Prey draws inspiration from both the irreverent, fourth-wall-breaking Deadpool and the punk rock, team up antics of Guardians of the Galaxy that would have benefited more by staying on the Deadpool side. Guardians was defined by its ensemble, each character aided by their chemistry and interaction with one another. The same can’t be said here. Birds is defined solely by Harley Quinn, ditching the rest of the team as an afterthought. The result is something that feels like it should be, and maybe even was in the early development stages, two movies, Birds of Prey and Harley Quinn. The third act brings the Birds together in a gloriously choreographed (as is all the action throughout) team up sequence undercut by the fact that this group has had little to no interaction up until now. The squad dynamics are lacking, reiterating that this should have been Harley’s movie from the get-go, demonstrated even further when the thrilling climactic standoff ditches the rest of the Birds to give us Harley’s character defining moment. She is, after all, the one we’re invested most in up to this point. The rest of the Birds should have been allowed their own feature to fully spread their wings in rather than share the limelight.

And while overcrowding may be only one of a few narrative cohesion issues, any hang ups are far outweighed by the film’s punching vivacity and ceaseless charm. Best exemplified during the middle act when Black Mask accepts a flimsy proposal to let our anti-heroin live despite having every reason not to. Before you get a moment to register it as a flaw, Harley’s very own musical head-trip cover of “Diamonds are a Girl’s Best Friend” absorbs the screen and wins you right back. It’s this kind of unhinged imaginative battiness throughout that makes for a fitting and irresistibly entertaining Harley Quinn led movie.

This one just released to a theater near you. Check it out if you like Margot Robbie, satisfying close-up shots of greasy breakfast sandwiches, kick-ass action sequences or a DC Extended Universe movie that doesn’t leave you feeling cold and empty.